Welcome to the Gordon Hatton & Co case studies section, where we will showcase a range of recent projects, from the weird to the wonderful!

Posted on Tuesday, 05 April 2016 in Uncategorised 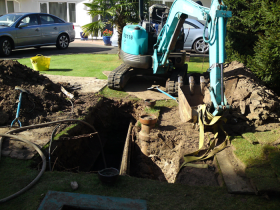 When exploring this existing tank, we found it to be a very old Gibson Ingle with an unserviceable filter. Our customer opted to replace the unit with our superior design.

Our preferred method of tank construction. Based on the Victorian design with some very important tweeks, it provides fantastic digestion by allowing natural aeriation and giving a very clean effluent. This means low ground contamination and excellent soakaway life.

Posted on Wednesday, 07 October 2015 in Blockages 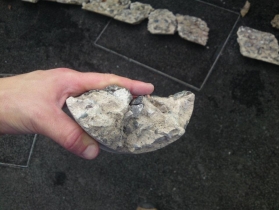 Other interesting items removed include a carrot blocking a soil pipe, an apple crumble, another contractors stuck jetting hose, countless lost drain rods (including fibreglass tent poles used as makeshift rods) an 11m length root mass and dozens of coke cans and balls from various schools... we really have seen it all. Perhaps a more meaningful operation involved rescuing a rather drenched and grateful bat from a surface water drain during a survey.

10m of footings grade concrete removed with a high pressure water jet from a 6" clay drain beneath a customer's new tarmac drive. We run larger than average machinery and invest heavily in new technology to allow us to do the tougher jobs - the wonderful thing about it is the pipe and new drive remained undamaged during works.

A piece of timber removed from a 6" stormwater drain beneath a main road in Oxton. 2 other larger companies had already attempted to remove this and failed leaving a £15,000 quote to excavate. We freed it off and shortened it using some heavy jetting then used the camera and some wire to snare the wood and retrieve it... all in about an hour and a half!

Various items removed during the clearance of a blockage in Birkenhead. These items were causing an obstruction beneath the entry and required some precision jetting to remove. 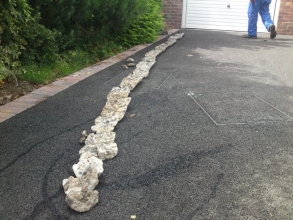 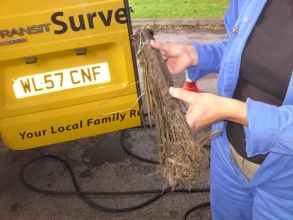 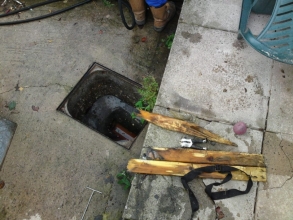 Posted on Wednesday, 07 October 2015 in Blockages 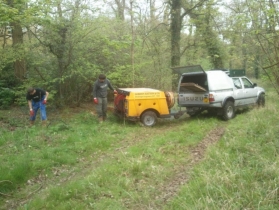 A blocked culvert on the Thornton Manor Estate left fields flooded. Access with the van was impossible so we used the company pick-up (nicely modified for the task) to take the trailer jetter. Root blockages removed and job completed! 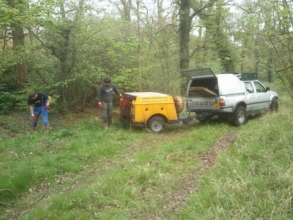 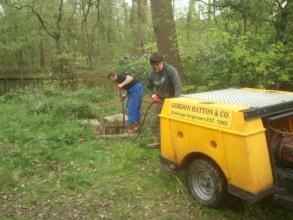 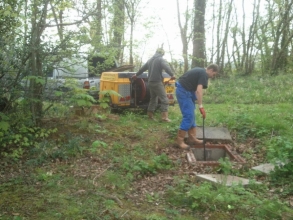 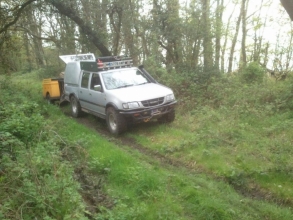 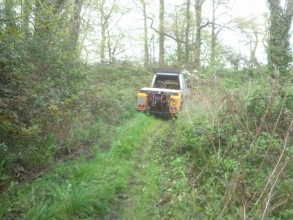